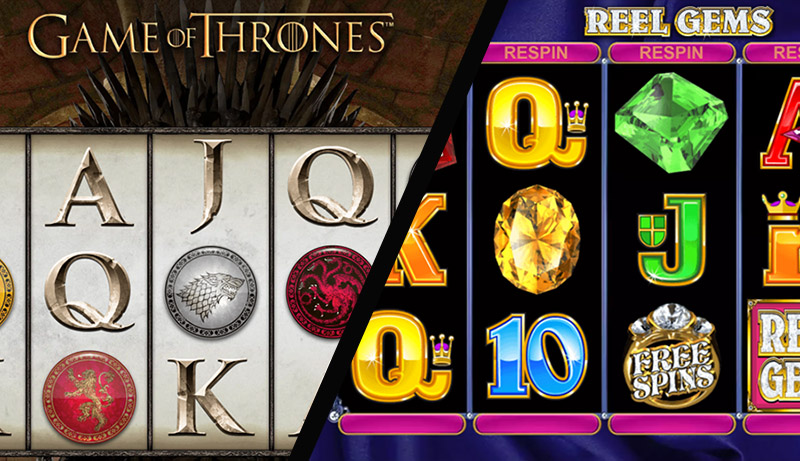 How Microgaming has Stayed Ahead of the Curve

How Microgaming Became a Casino Juggernaut

Online betting has never been more popular than today, and there are dozens of software developers contributing to the games available at betting establishments. One of the biggest out there is Microgaming, and this is how they’ve managed to stay ahead of the pack.

Over the years Microgaming has put together a product suite of literally hundreds of slots across a range of themes, from the vampiric world of Immortal Romance to the fantastically themed Forbidden Throne, there’s a broad range of narrative backdrops to suit every taste.

In addition to the settings of a general nature, Microgaming has also partnered with various big name blockbuster franchises to tie in popular silver screen, TV, and videogame appeal. From Lara Croft, herself dating back to 1996, to the grimdark medieval fantasy of Game of Thrones, and the prehistoric wonder of Jurassic Park, there’s plenty for pop culture fans to enjoy. And new games are released every month, fully compatible with both desktop and mobile platforms for the convenience of players.

Slots are undoubtedly the biggest draw for players today, and where Microgaming’s greatest number of games lie, but the firm also offers an extensive selection of table games, making it a strong choice for a solo software provider, as well as perfect for a multi-developer betting site. All the table game mainstays are in ready supply, including blackjack, poker, baccarat, and roulette.

Today, the firm has broken through the four-figure barrier and has more than 1,000 games in its library.

It would be remiss of us to discuss Microgaming without looking at the huge progressive jackpots that can be won from this provider. The firm offers multiple slots that come with seven-figure progressive jackpots, top prizes that rise every time a player has a spin and doesn’t win. This has led to the likes of Mega Moolah creating numerous multi-millionaires over the years. At the time of writing, the payouts from the progressive jackpot network of Microgaming exceed €1.2bn. So if dreaming big and wishing you could win a life-changing sum of money is what drives your choices, then the games of Microgaming are just what you’re after.

One place where you can indulge in great games by Microgaming is Jackpot City Casino, which has more than 300 slots titles and a bevy of bonuses for players old and new. From gargantuan progressive jackpots through to regular and live dealer table games, and evergreen slots like Book of Atem and Avalon II, players have a fantastic number of Microgaming slots and more at Jackpot City Casino.

Gameplay mechanics have come a long way from the first editions of online casino games. Nowadays, bonus features such as free spins, scatters, and wilds are pretty commonplace. One extra special addition that was developed by Microgaming (and has helped make the likes of Game of Thrones and Thunderstruck II such perennial favourites) is the 243 ways to win approach. This huge variety of paylines maximizes the chances for players to come out ahead, and it’s no surprise it’s so popular.

Some games offer even more than that, with Electric Avenue’s free spins mode coming with 4,096 ways to win, and multipliers as high as 55x. Since first entering the online casino world, Microgaming has kept its finger on the pulse of technology, and kept one step ahead of the competition.

No other software developer has been in the online casino industry for as long as Microgaming, which created the first online casino game all the way back in 1994, over a quarter of a century ago. Since then, the firm has used its expertise and longevity to put together an immense portfolio of games and become one of the biggest beasts in the betting industry jungle.

Any developer with such a long history has particular highlights on the long journey from the mid-90s, when the internet was in its infancy, through to the net today. In 2004, Microgaming released the first mobile casino game, another significant milestone in pioneering the constantly evolving technological landscape.

It might seem odd now given just how many games are out for mobiles, and how widespread mobile ownership is, but there was a time when mobile phones were just there for calls and texts, and the most advanced game was Snake. Fast forward to the 2020s and smartphones are effectively mini-PCs, with tablets an alternative for those who like bigger screens. In the modern era, games are designed from the ground up to be fully compatible with mobile devices (as this suits casinos and players alike). And this is just one more example of how Microgaming was ahead of the curve, making the first mobile casino game long before others were jumping on the bandwagon.

There are plenty of uses for VR (virtual reality) headsets beyond the obvious purpose of playing videogames. From touring the ancient world to diving in order to explore shipwrecks without getting your feet wet, to training astronauts and surgeons or helping treat phobias, VR has numerous exciting applications. Playing online casino games is one such use, with VR being naturally suited to both slots and table games (including virtual tournaments with other players). Although the technology still has some way to go, it was back in 2015 when Microgaming won the Digital Gaming Innovation of the Year at the Global Gaming Awards for VR Roulette, which used the Oculus Rift to create an immersive 3D VR game.

The future is ever uncertain, but if Microgaming maintains its past form then it wouldn’t be surprising if the developer was still a leading online casino game studio in 2050.